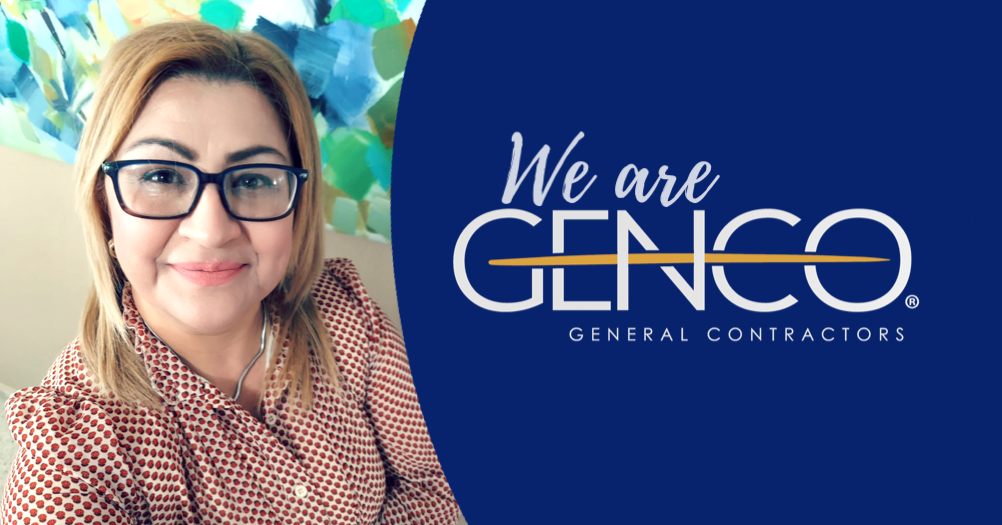 Dedication, professionalism and the ability to focus on the employee’s needs. These are probably a few of the characteristics of a perfect individual for a Human Resources role. Finding someone with that description is already a bliss, adding the fact that this person at one point wore your employee’s shoes – that has a special touch.  From doing field work to the Human Resources Office, this woman tells us how proud she is of the role she plays at Genco.

With a big smile, she proudly speaks of the moment when she received a call and was presented the opportunity to get started in Genco’s Human Resources Department. She had been working on different projects for almost 3 years, with our sister company Casablanka, and her performance made her colleagues advocate for her and the possibility of having this new opportunity. “Because of Licy and Miguel, that’s how I arrived at Genco. They thought I was a good resource that they could use at the office.”

Maricarmen Hernández has been working with our Facility Services team and fondly remembers her role. Part of it required her to support the Supervisor by completing documentation in English and that opened doors for her to be a part of Genco. “I didn’t know what to expect …” she says followed by a laugh, “but I’m grateful! At that moment I hesitated, but I thought – when someone opens a door for you, why not go in? can it happen? – but it’s worth it”. Maricarmen understands that a skill that she brings with her from previous jobs and that has helped her in her role as Human Resources Assistant, has been customer service. “I communicate with everyone” – referring to Genco employees – “in Spanish and in English. Knowing both languages, ​​helps me. I want them to feel comfortable when I speak English. I do not want them to feel that they are talking to someone who does not understand their position, especially, in the field.”

“Having worked in other customer service roles – in the office and in other professions that I had – helped make it easier for me at this point to call someone who is in the field working, because I know how it is – and I know how hard it is. Or call someone who works in the office and communicate with that person with the same deference. For me there is no such difference in positions. It is the same, always with respect. ” You can feel Maricarmen’s excitement when she talks about her experience as a field worker. She understands that having that experience brings her closer to connecting with employees. She seems to enjoy that connection a lot and emphasizes that she always advocates for the employees in the field because “they always remind me that… that’s where I come from”.

She was asked a question, even knowing the obvious answer after she does not stop smiling, sharing anecdotes of her communication with employees. “I like my job. For me the most important thing is to be able to help people.” She is grateful for the many times she has heard our employee’s stories of important moments, maybe just because they need to ask for a document that she can provide for a transaction. “No, no, no… you don’t have to tell me what you need it for. Just tell me what you need, and I’ll do it.” Maricarmen expresses, already with a more serious tone, that not everything is perfect but that there’s a way to work everything out. She compares Genco with her big family and says that as in any family what is not perfect, is worked out, resolved and left behind.

Perhaps in the common business world, an employee may be disappointed in being called on her day off to resolve a situation. It is different here. The fact that someone called her on Good Friday morning, for Maricarmen, is something that testifies that there is a reciprocal relationship with the employees and says that it makes her think that she is doing a good job. “Well (also) every time I need something, I bother them … ah … I need this … fast, come over, give me … and that (reciprocity) makes everything flow.”

Given that part of her role involves welcoming each new Genco employee, she is grateful for the trust that these new family members place in her from that first contact. She has many stories, and she is thrilled to see the progress of those employees she helped even before their first day.

“The trust they place in me, understanding that I am going to solve a problem for them, that I am going to go in their favor – without failing Genco – I always make sure they know that!”, she says with a serious tone without losing her smile. “(I tell them) it will always be first that you are well because that’s what Victor (CEO) always wants, and I do not forget what he wants. But I also don’t forget that there are rules to follow.”

Since Maricarmen connects with everyone, she was asked if there is any member of the Genco team that has been key to her progress, that she admires, or that has made a difference for her in her professional life. Although she says that perhaps there is more than one person who deserves to be mentioned, she says, “without a fear of being wrong I must say – Victor has been the person who made the difference in how I do my job. One day he stood up and told us – you are going to pay those employees today; I don’t know how you are going to do it.” Maricarmen says that those words marked her professional life because they adjusted the priorities of her role. “It’s important to me that people get paid. It is a responsibility that I have on my shoulders. I don’t do payroll, but that depends on the information I put in. It’s the way the employee’s information is handled. And he (Victor) once said – you need to accommodate the employee. The employee is not technology savvy? It doesn’t matter! We accommodate. If you must go get them something, do it. So, I always remember that Genco exists because there are people in the field.” Although she knows that she is taking the risk of making it seem that it is not an honest answer, because she is referring to her boss, she understands that “we must give credit to the fact that he prefers that we bend a little to accommodate people who break their backs under the sun.”

When asked, what would she like to share with our client if she had the opportunity, Maricarmen replied: “I would tell them that Genco is a big family, a family that has grown incredibly much in the last year. That we are Puerto Ricans. That there is a company in Puerto Rico that works hand in hand with the federal government and that we are proud to do so. We are here doing our job with dignity. And I would tell them that if they are willing to give us a chance, they will not regret it.” Maricarmen is very fond of Genco’s motto – we support your mission with pride, honor and integrity – and understands that although it is a new motto, it has been around for years. “Our work precedes. Work, love and always supporting our employees – work in general – from the one who gets up at three in the morning and goes and prunes, to the one who gets up at nine and comes to work at the office. Our work precedes for years.”

Maricarmen Hernández, who has been a Human Resources Assistant for almost 3 years, works from our headquarters and serves Genco employees in Puerto Rico and the United States. She is always at your service with great pride, honor and integrity. 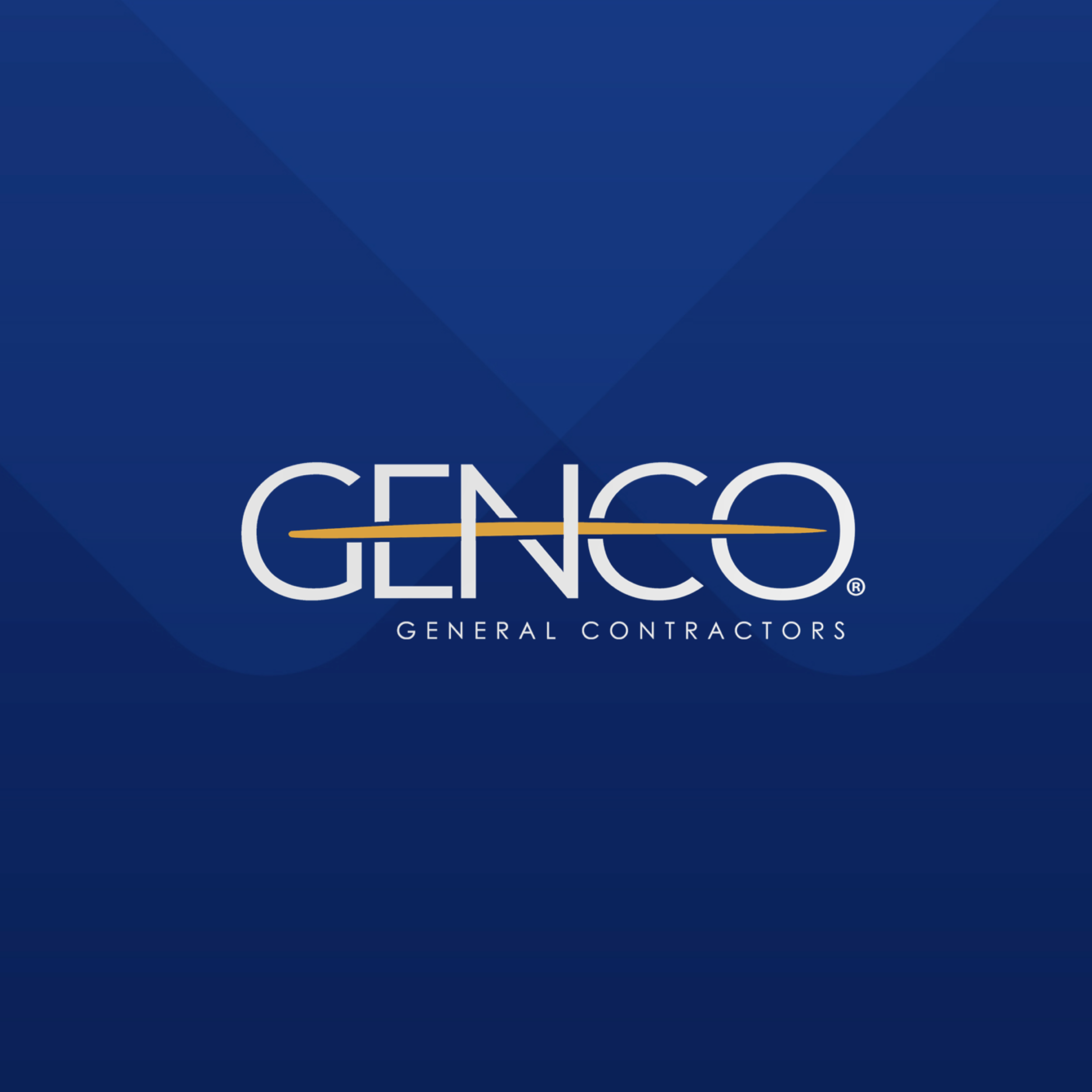 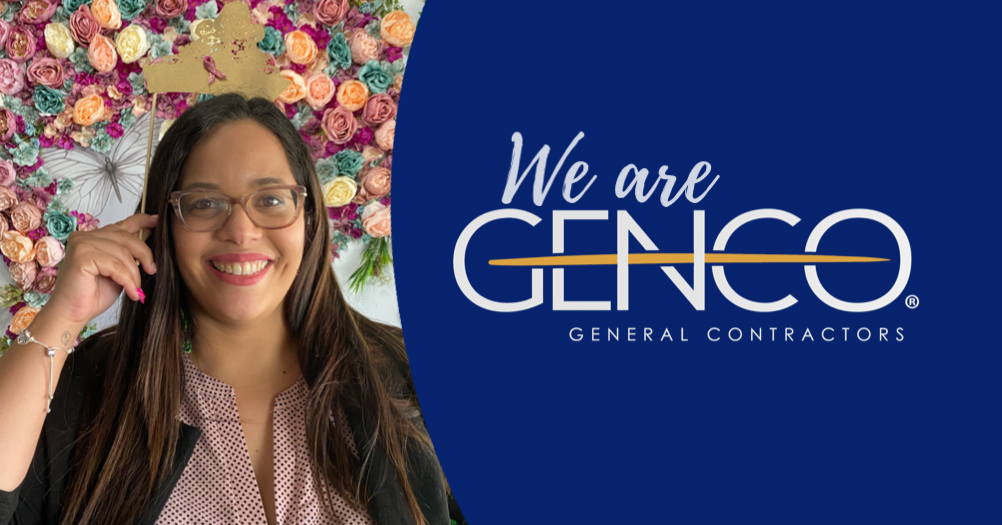 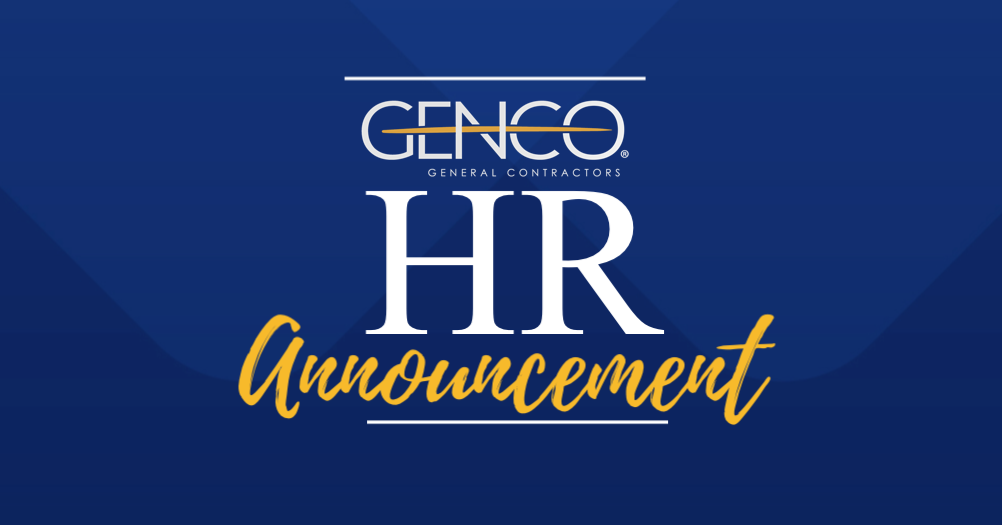 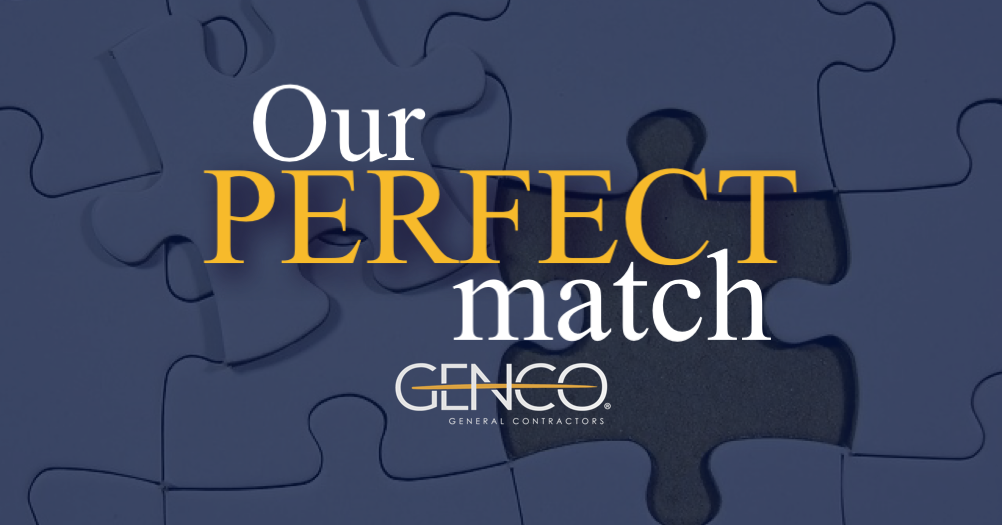 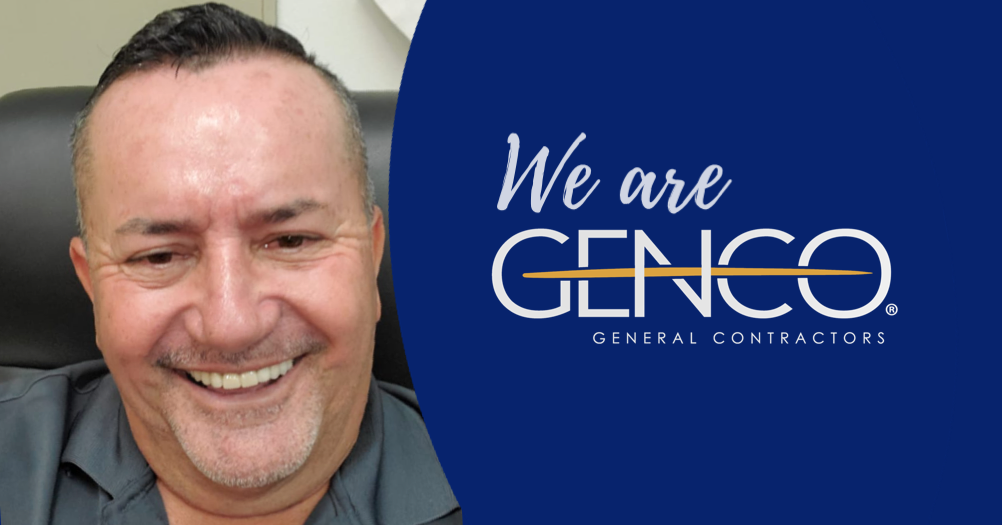 We are GENCO: Julio Villanueva, Operations 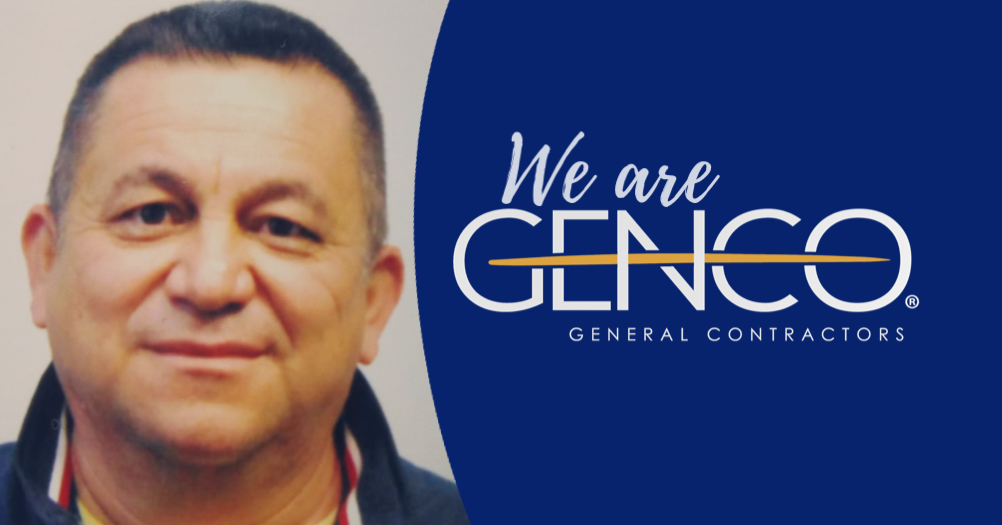 We Are GENCO: Alejandro Sibrian, Operations 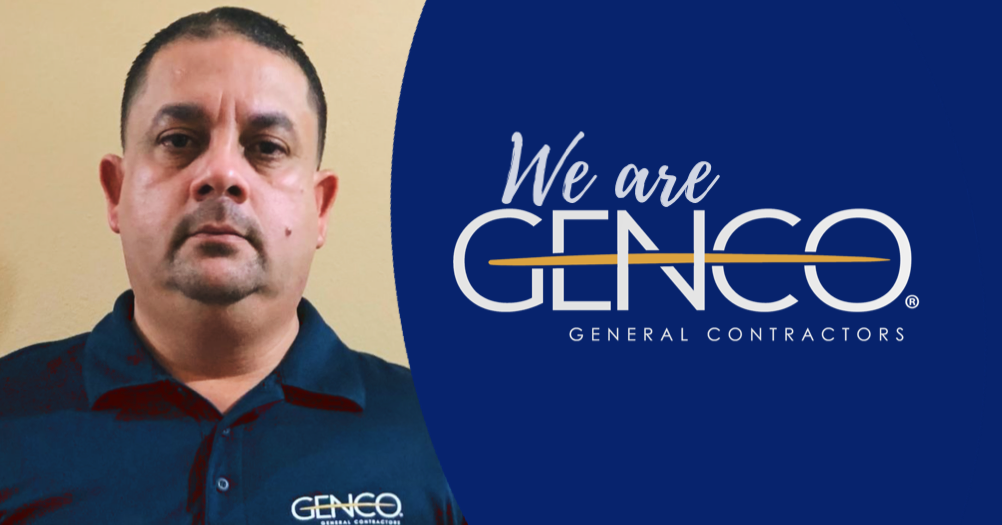 We Are GENCO: Miguel Sosa, Operations 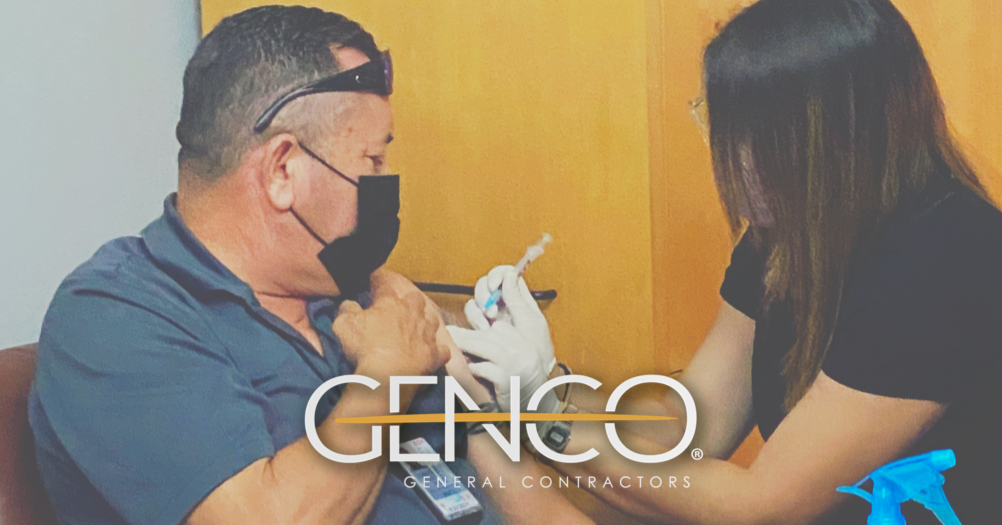